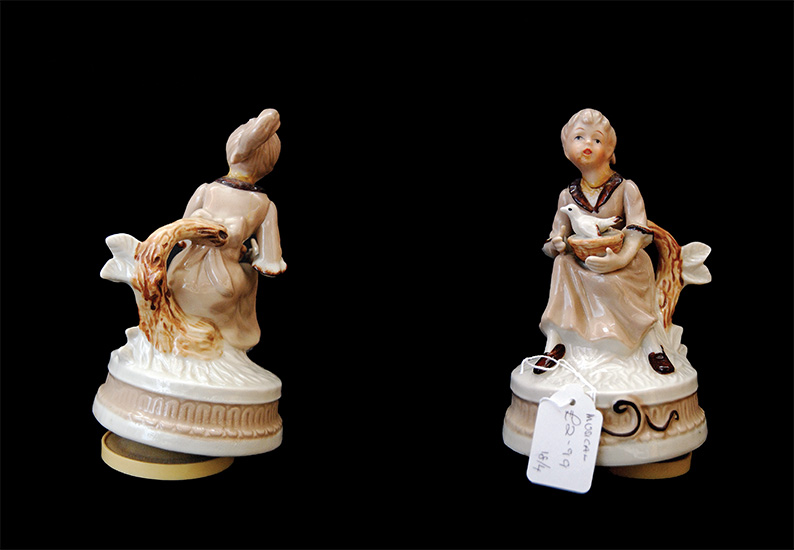 Junk, rubbish, things rejected, commodities consumed, and objects no longer functional, fill the shelves and tables of charity shops and car boot sales. Many of these objects, no longer of any use, no longer desired, become ageing divas, withered and hoarse, waiting forlornly for one last grand performance. 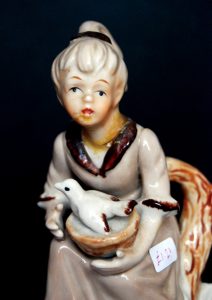 Most cultural objects tend to lose their value after use. But what, besides this general tendency, is the purpose or significance of these forlorn objects in charity shops? Neil Mabbs work for Lost & Found investigates various possibilities of signification, exploring systems of value, of difference, and of language.

The methods employed in making the work aim to build upon systems of documentation that reference the rich history of anthropological interest in the photograph as ‘evidence’. Documentation and the construction of meaning are the key concerns of the work, which also touch on the subjective nature of knowledge, by exploring how ‘truth’ can be constructed through photography and methods of classification.  The aim is to overlap photographic practices with taxonomic methods, exploring the subtle relationship between subjective aesthetic and objective document.

The work attempts to make effective use of photography’s essential capacity to describe and present visual evidence drawn from the real world – with varying degrees of directness and complexity.  It is an exploration of the rhetoric of the photograph as ‘scientific evidence’, combining the techniques of display and labelling, notes, field photographs and ephemera.