On September 9th 2014 we launched our latest project – Bees & Weeds with our favourite collaborators, the Oxford University Museum of Natural History.   Jane King and Neil Mabbs we were joined by over fifty art students from Banbury & Bicester College. Bees & Weeds is a research project that highlights the plight of the bumblebee, investigating why some species of bumblebee are declining and the impact this is having on us – from what we eat to where we live and work.

During spring 2015 art students from Banbury & Bicester College and Oxford Brookes will make hundreds of cycle seat covers and install them as gifts on bikes in and around the City of Oxford. The seat covers will carry messages about bumblebee decline in the UK countryside, to raise awareness of how much we depend upon the pollination services of these amazing creatures (often more efficient than the honeybee) and their value to UK food production.

Ecologist Amoret Spooner provided an insight into Taxonomy – the science of species classification – and some of the research that scientists are currently carrying out on UK species.

As well as collaborating with the Museum we are working with Prof Dave Goulson, one of the world’s most important bumblebee scientists from the University of Sussex, to present his research showing how well bumblebees are doing in gardens compared to the countryside as well as the optimum range of flowering plants required to help them thrive. Dave’s book A Sting in the Tale is a best seller, the sequel A Buzz in the Meadow was published on 4th September.  See the Guardian’s review!!

Artwork from the project together with cycle seat covers and bike paraphernalia will be on show and for sale in the  Old Fire Station Shop in Oxford from 23rd March – 25th April 2015.

Outlawed to the Margins

We are challenging peoples’ perceptions of the definition of ‘weeds’.  Many of the wild plant species that bumblebees depend upon are also in decline, regarded as weeds and threatened with extinction.

In the UK we have built an industry that hybridises plants such as begonias and pansies, creating enormous brightly coloured forms that produce no nectar or pollen.  We spend millions of pounds on these bedding plants each year.  Might the term ‘weed’ apply to such plants that have lost their function?

Some of our declining wild meadow species are particularly easy to grow in gardens.  See the Lost & Found Meadow project …

Intervention 2013:  A celebration of cycling The Stedelijk Museum, Amsterdam 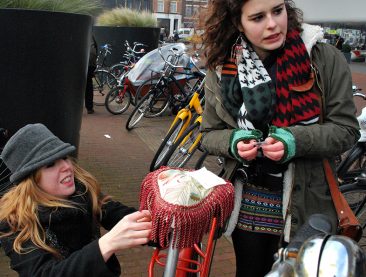 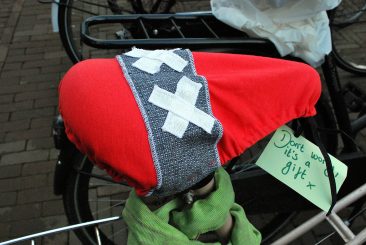 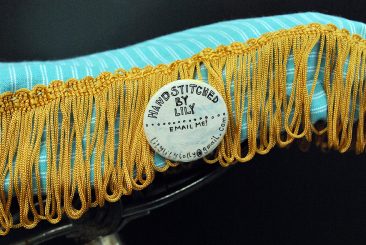