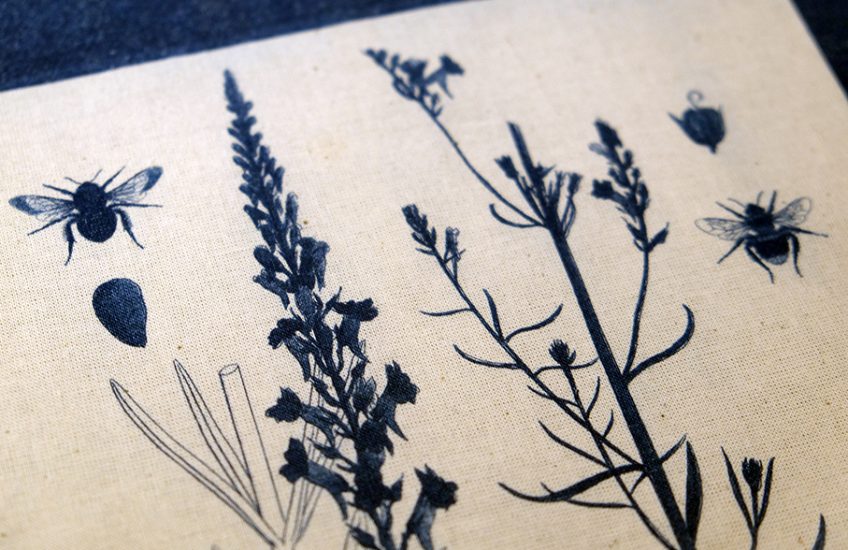 Bee illustrations are sourced from our photographs of British bumblebees held in the Hope Entomological Collection at Oxford University Museum of Natural History. Thanks to Darren Mann Head of Life Collections at the museum and his indomitable assistant Amo Spooner for their collaboration. 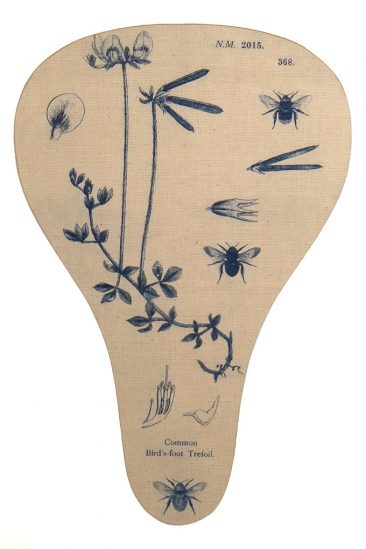 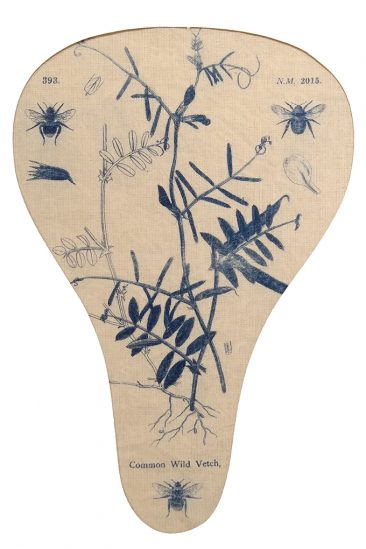 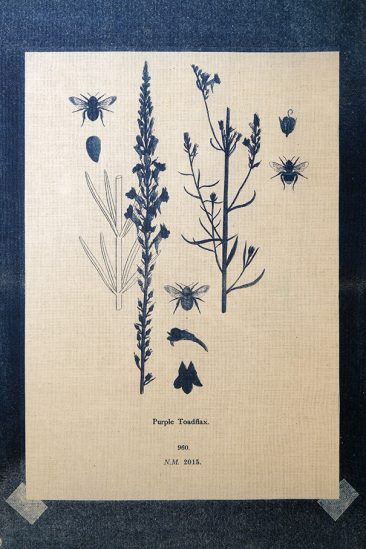 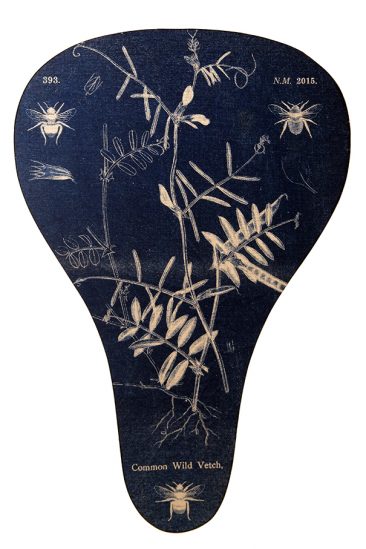 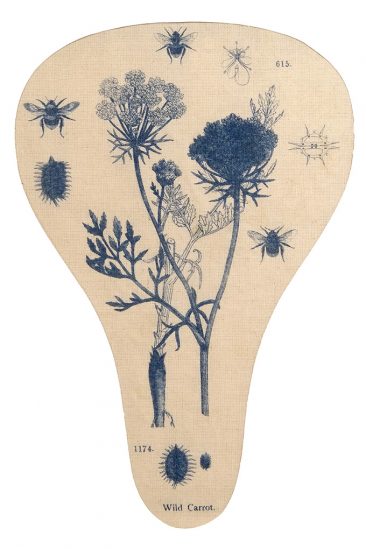 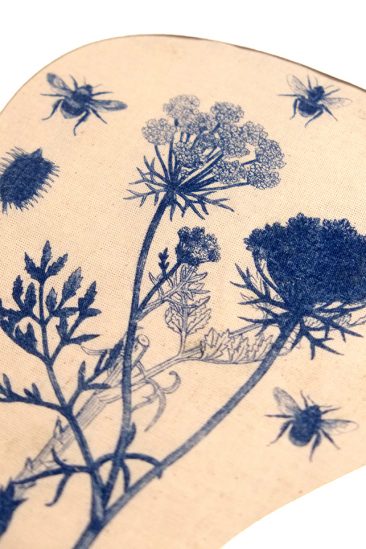 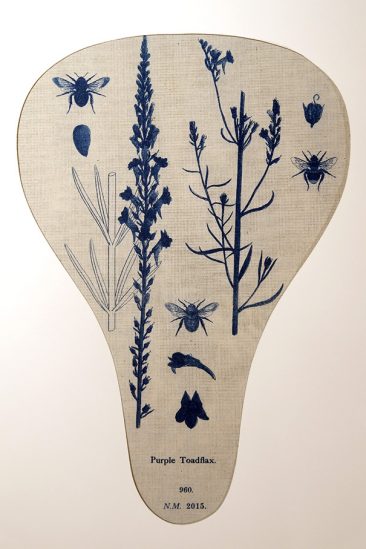 Cyanotype is a photographic printing process that uses a photosensitive solution to coat paper or cloth. Cyan blue prints are made by placing negative photographs, drawings, or objects onto the prepared surface and exposing them to UV light – via a photographic exposure unit or direct sunlight.

The process was invented in 1842 by English scientist and astronomer John Herschel who used it mainly as a means of reproducing notes and diagrams. This method and similar processes were used well into the 20th century to print all kinds of technical drawings as ‘blueprints’.

One of the first female photographers, Anna Atkins, learned the cyanotype process from her friend John Herschel. Atkins was a remarkable woman of her times; having received a scientific education from her father she became a botanist as well as photographer and artist. She applied the cyanotype process to botanical illustration. In 1843 Atkins self-published Photographs of British Algae: Cyanotype Impressions, a book of cyanotype photograms and hand-written text. Atkins publication is a milestone in the history of scientific illustration and is considered the first book to be illustrated with photographs.

In 2004 two volumes of Anna Atkins’ cyanotype prints were auctioned at Christies for over £200,000.